Interesting topic.
Since Suzuki Sensei was mentioned, I thought that this youtube clip of him demonstrating Sanbon gumite Jodan uke Sanbonme could be of interest:

Something for you to think about.
Your centripetal force diagram is good. Now think what happens when it doesn't inscribe a circle but instead a spiral....and the contact point carries more of the center of the mass at impact because its not hitting from 'out there' but from 'in here'...

When we rotate our hips out then it is much more circular. When we keep it more closed it is more spiral like.....

And add one more thing to this. Remember how we talk about moving forward and when we do we keep our center with us? How we don't want to shift our weight from one leg to another? That a really good junzuki has the weight carried always in the middle throughout the whole technique without unnecessary weight transfer to either leg? I don't know how Otsuka Sensei trained his kick motion but Dan talks about keeping the center even in the mawashi. It's sort of the same feeling of where your weight is during 'mid junzuki' when you are doing it correctly.

What happens to your power when you can deliver it from a 'center weighted' motion? It's much more powerful right? In terms of kicking this is much easier to do in maegeri. But if you can do it in mawashi then it ends up 'looking' like the Otsuka mawashi. It's much more devastating because there is more mass transference at impact. Good Muay Thai kickers are trying to do the same thing. (I am repeating what Gary said previously). They are not just swinging their leg. They are trying for maximum mass transference at impact by trying to throw their center closer to the impact point. Another way of saying it is 'how do you throw your dantien (tanden) into your kicking leg?'

Along these lines ask yourself the question - why are there no kicks higher than the midsection in any of the traditional Okinawan kata?
Because the higher you lift your leg the harder it is to carry your weight in your kicking leg because more weight shifts onto the standing leg. Maegeri gedan potentially hurts the most for a reason hence Otsuka Sensei's heavy emphasis on sune geri (not to mention its sneaky and hard to see coming and it really hurts to get kicked in the shins..) 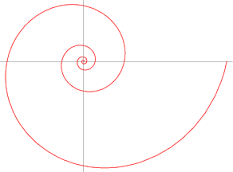 I guess the spiral model cannot be compared directly with a model that explains something in the language of mechanics. The only reason why I put the picture was to point out that there is a point in pulling.

I have personally tried to figure out what the physical quantities are that describe a collision between two alive bodies and causes pain deep inside. And how they should change during the collision. This is far from easy and probably has a lot to do with the biological (and even psychological) reactions of both people too. A punch or kick might have qualities that aren't easy to describe by quantities, even if you had the answers.

My feeling is that the spiral model is more of a teaching tool than a tool for analysis.

And I personally think it is good to learn what can be learned and analyse what can be analysed. Sometimes you need to learn before you can analyse, sometimes analysis brings learning. But I try to keep them separated. At least if there is a risk of analysing wrong or not learning.

Back to the kicking.
I find the stuff Gusei is describing interesting. And some of the mental images involved are familiar. Suzuki doesn't turn the supporting foot much indeed and can relatively easy take the kicking leg back. There is not that much rotational momentum in him overall, so it seems that the roundness of his round kick is limited.

A question for everyone...
Do you usually try to kick your mawashigeri to such a direction that it doesn't arrive to the receiver from the side, but some degrees to the front direction?

I mean is the kick also pushing away from you? (Which means the knee has to be bent, the more pushing, the more bent it has to be...)
Lasse Candé
Helsinki, Finland
Top

Lasse - a front snap kick - maegeri - is just the act of unbowing the leg :)

By the way I reread what I wrote earlier and I was a bit unclear. The bit about movement. When you step forward in junzuki I said that you can't shift your weight from leg to leg. To be clear I was talking how one shifts their center of gravity. You never want to shift your center of gravity from foot to foot as you go forward in your transition. You need to learn to keep your center of gravity in the center of you.
How to do that is part of the objective of our kihon training. Different teachers have different methods. One of my favorites it to pretend you have very enlarged testicles...
Bob Nash
Top

I just remembered a thing. In Naihanchi when we are supposed to stay in the same place during the leg lifting, they say the same in Okinawan karate. I remembered that in Chosei Motobu's video, he says that it is a hidden kick.

Whatever the application or explaination, when it comes to body dynamics, I'd say this is consistent with what you said earlier.

I also just ran across a Muay Thai video where the performer doesn't turn his supporting foot that much and is kicking obliquely forward.
Lasse Candé
Helsinki, Finland
Top

Given the choice, I would prefer to not open my hips in a round kick. I like the feeling of maintaining a fighting style, rather than abort that for a pretty looking kick.

However most of my instructors over the years would correct it to a open hip taekwondo style kick.

My preference in the kick isn't that I am a pureist, to be honest I never really thought about it before now. My preference is more around mobility, I am no Jean-Claude Van Damme.
Andy Booth
Colchester Traditional Karate Club
Top